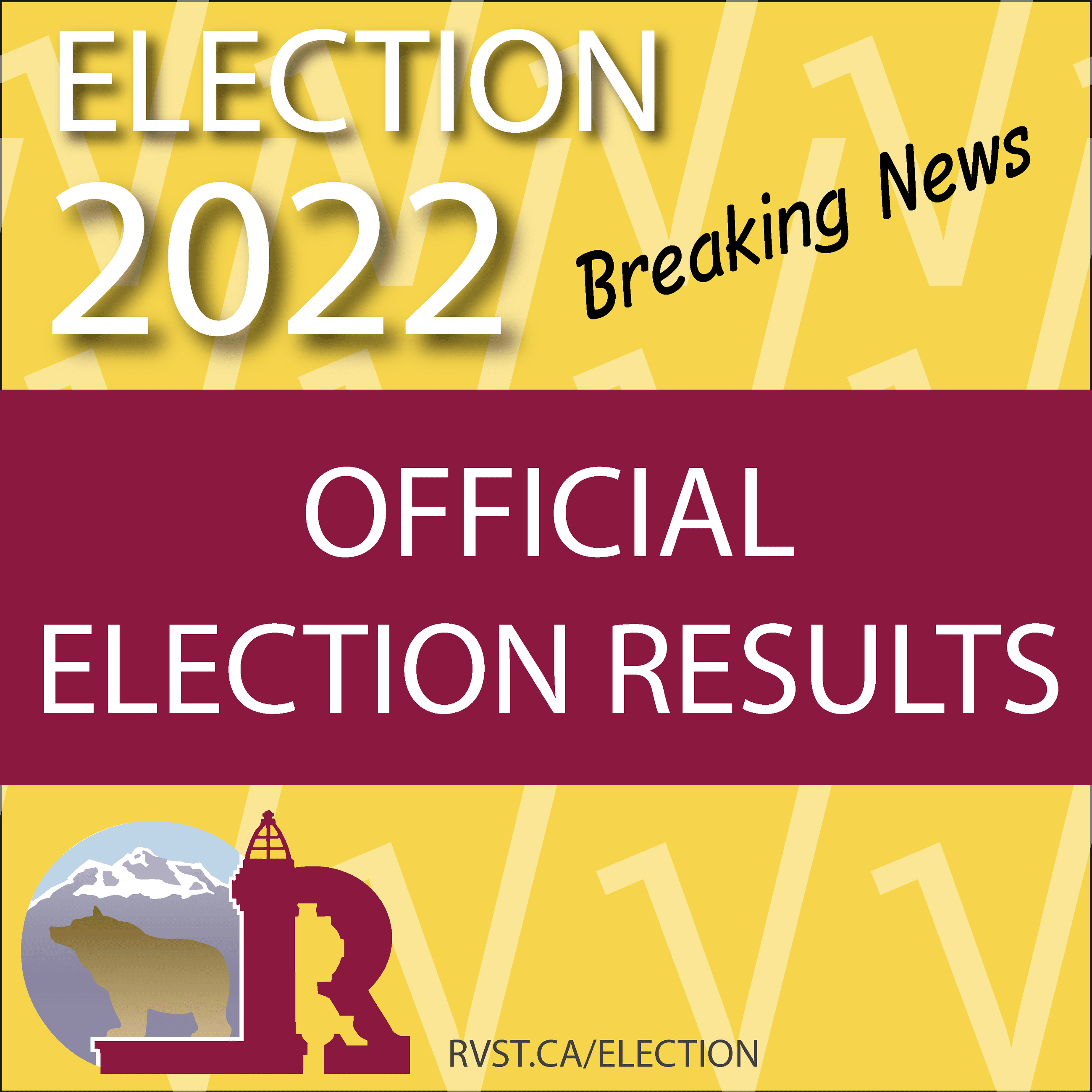 Local government elections in British Columbia are held every four years. This includes elections for Mayors, Councillors, and School Trustees.

City of Revelstoke residents voted for one Mayor, six Councillors and five School District No. 19 Trustees for four-year terms on Saturday, October 15, 2022. See Official Declaration below:

Each local government (municipality or regional district) is responsible for conducting its own general local election. Local governments may also conduct school trustee elections on behalf of boards of education. In Revelstoke, the municipality conducts elections for school trustees, and for the Columbia Shuswap Regional District Area B Director.

Nomination Packages have been moved here 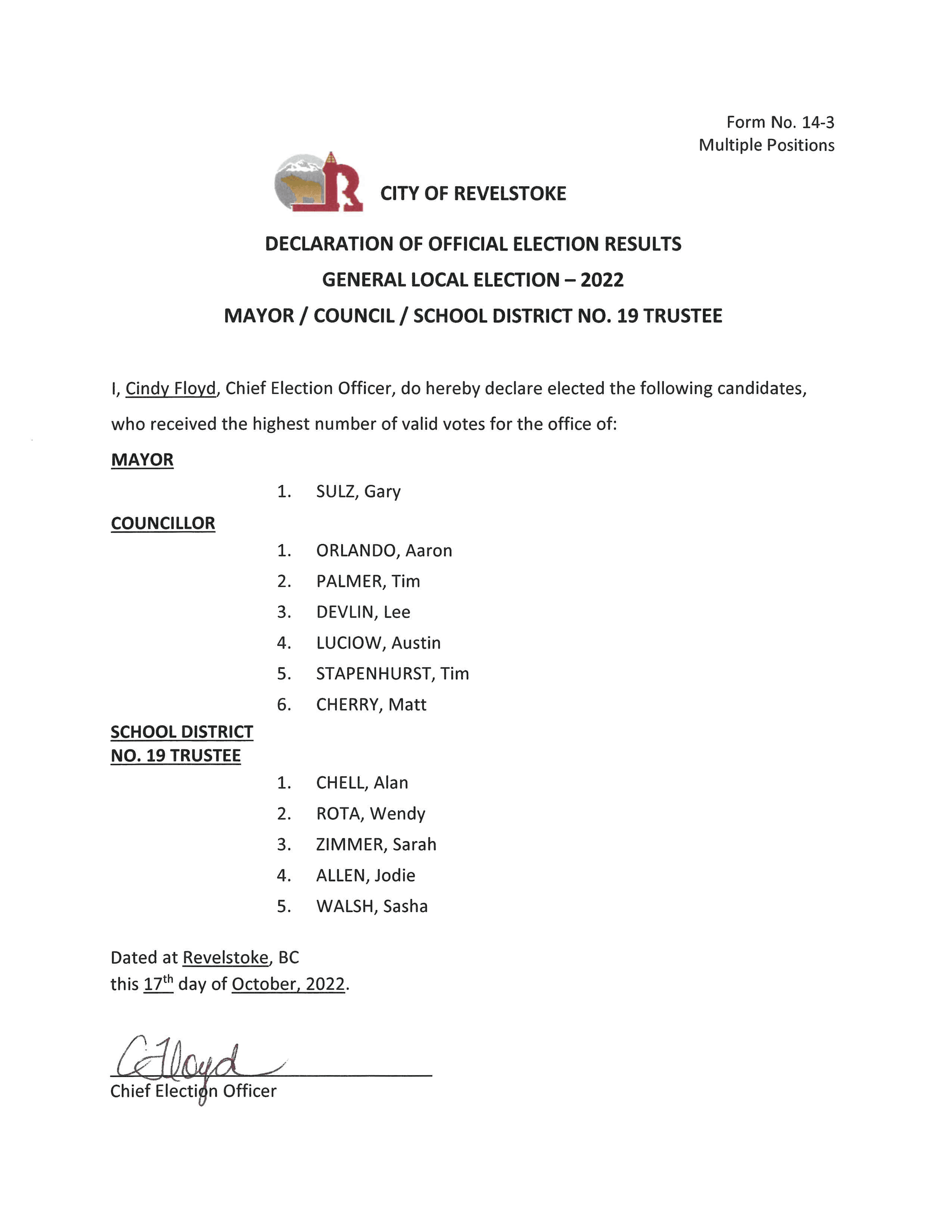 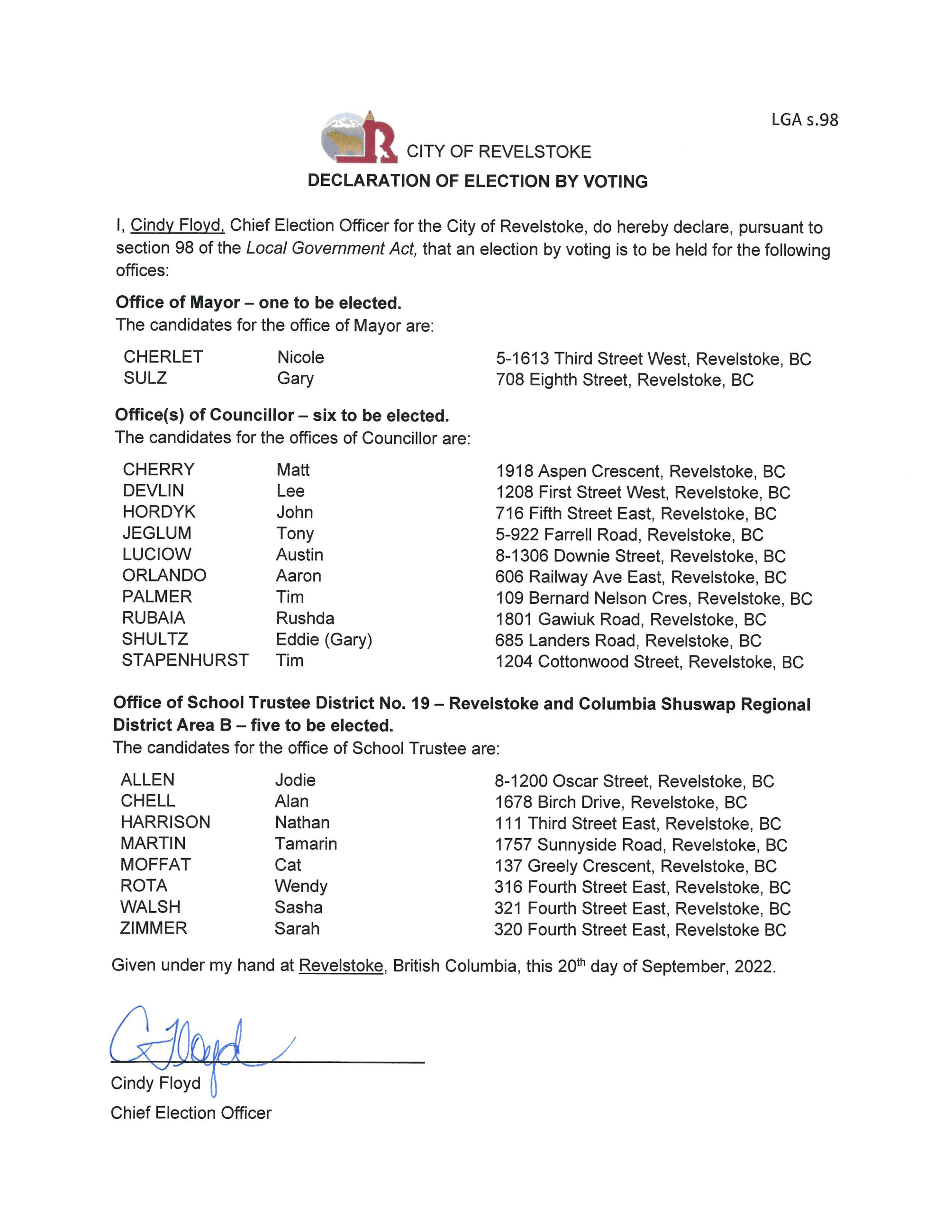 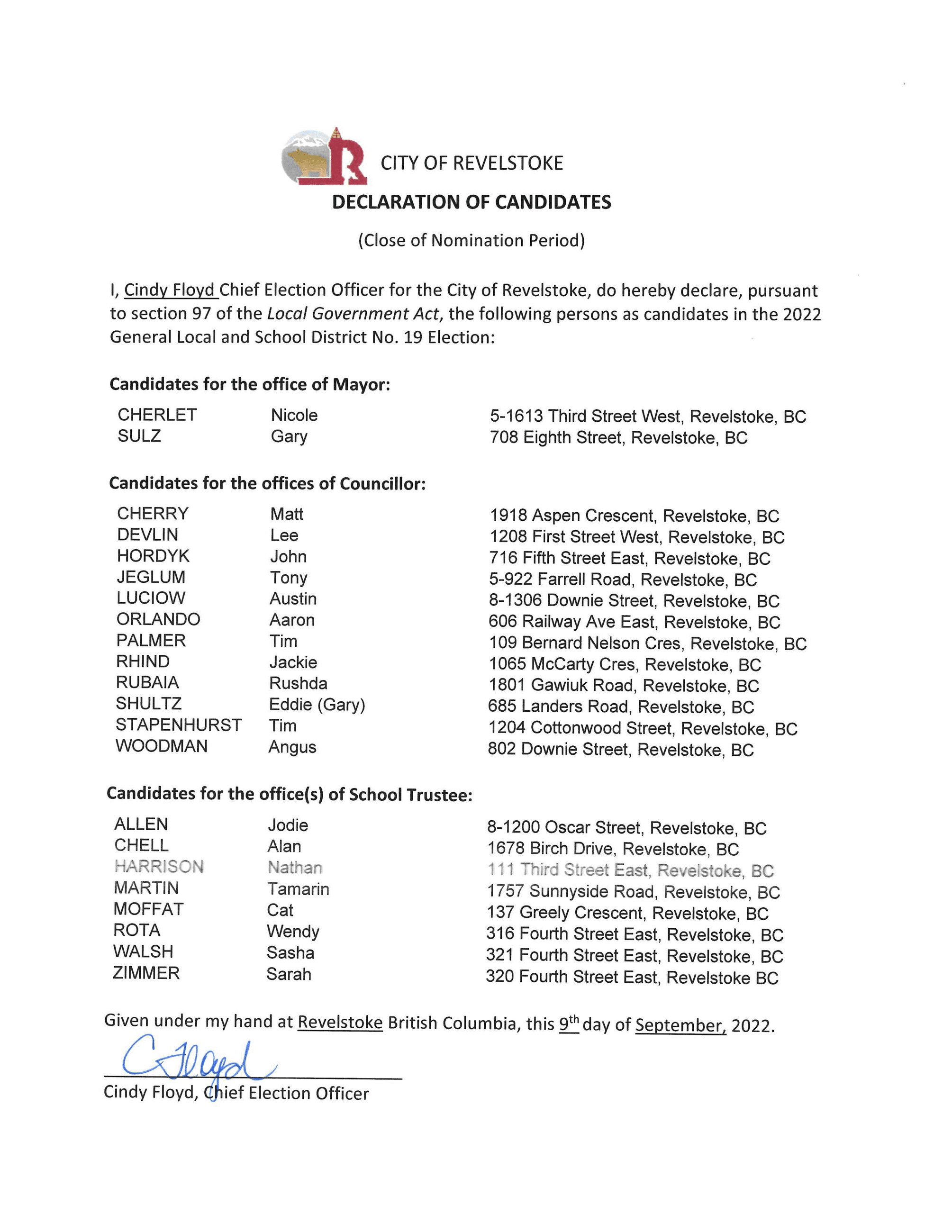 Public Notice is given to the electors of the City of Revelstoke that nominations for the offices of:

will be received by the Chief Election Officer or a designated person, as follows:

Nomination forms will be available at the Corporate Services Department or online at revelstoke.ca on July 29, 2022, 9:00 am.

A person is qualified to be nominated, elected, and to hold office as a member of local government if they meet the following criteria:

In accordance with the Local Elections Campaign Financing Act, for the 2022 general local election, the following expense limits for candidates during the campaign period apply:

In accordance with the Local Elections Campaign Financing Act, for the 2022 general local elections, the following third-party advertising limits apply:

For further information on the nomination process, please contact: